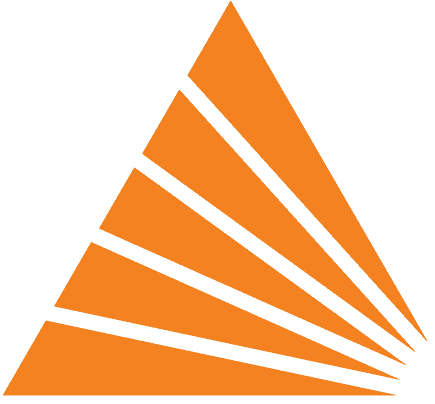 The U.S. economy grew at a 3.2% clip in Q3 led by robust business spending. The Q3 rate was up slightly from the 3.1% pace in Q2 and it marked the fastest pace of growth since Q1 2015. This was also the first time since 2014 that the economy registered two consecutive quarters of 3%+ growth. The newly passed tax reform legislation is ex-pected to provide a boost to the economy in 2018, but with the economy near full employment, there is the risk for higher inflation and some overheating. Economic growth is forecast to be in the 2.5-3% range for Q4.

Even the troubled U.K. economy that is saddled with Brex-it uncertainty and high inflation is forecast to grow at a better than expected rate of 1.5% in 2017. Growth esti-mates have come down slightly for the next few years due to the uncertainty surrounding Brexit.

Japan’s economy has grown for seven straight quarters, the longest streak since the mid 1990’s. GDP increased at an annualized rate of 2.5% in Q3 and the Nikkei 225 Index just hit its highest level since November 1991. Q3 growth was driven by increased business spending and stronger global demand that has led to rising exports. The World Bank expects 2017 and 2018 GDP growth to be 1.7% and 1.3%, respectively. Japan should continue to benefit from strong external demand in 2018. While seven consecutive 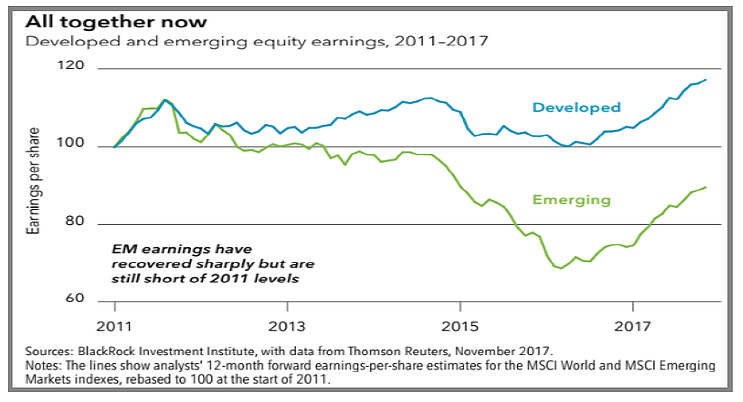 quarters of growth is impressive for the country, weakness in consumer spending is worrisome. Business spending has im-proved, but the majority of growth has come from improved external demand and exports.

Corporate earnings and equity prices have followed the strong global economic expansion over the past 18 months. Many equity markets across the globe have seen record highs in recent days with a solid 2018 earnings growth outlook. Based on FactSet data, earnings over the next 12 months are fore-cast to grow 34% in the Russell 2000, 11.6% in the S&P 500, 13.3% in the MSCI EM Index, and 9% in the MSCI EAFE Index.

Are the ingredients in place for higher inflation in 2018?

U.S. CPI increased 0.1% in December while core inflation surged a more unnerving 0.3%. The 2.7% decline in gas prices capped the headline number, but the 0.4% increase in shelter prices and the 0.3% gain in medical prices drove the core read-ing higher. December showed broad based gains in underlying inflation components and this could force the Fed to act more than anticipated in 2018. Core CPI has only increased 1.8% Y/Y, but the ingredients are in place for a move higher in 2018. The Fed’s preferred inflation measure, the core PCE index, has undershot their 2% target for almost 5-1/2 years.

Inflation has ticked up from low levels across many developed countries and the rise in commodity prices has started to feed through to higher prices from key exporters like China. Infla- 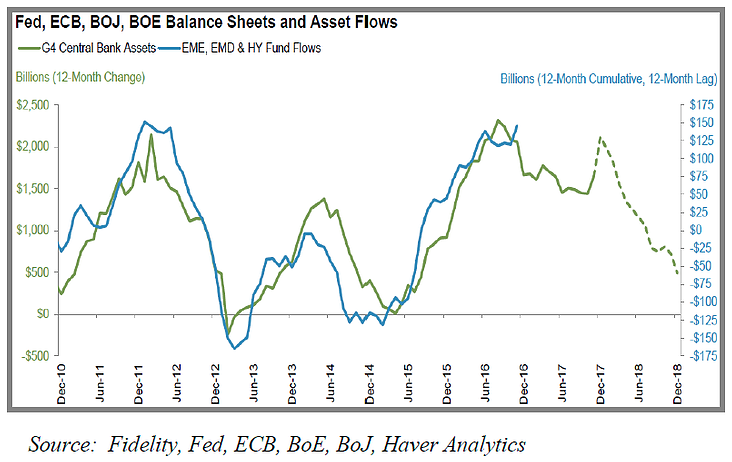 tion appears to be contained across most EMs and central banks have been able to maintain accommodative monetary policies to support growth. Inflation should ease in the U.K. and Mexico over the next few months, but underlying trends point to a move higher across most other developed markets. Higher inflation could force central banks to act more aggres-sively in 2018 and this could ultimately derail markets.

Economic growth and firming inflation may be sufficient enough to allow central banks to pursue tighter monetary policies. Global policy will still be accommodative, but growth in major central bank balance sheets is set to drop by $1.4T over the next 12 months as the Fed unwinds its balance sheet and the ECB pares back on QE. A reduction in global liquidity could lead to higher volatility and a potential move away from riskier assets.

Chinese economy continues to outperform, India and Brazil are in solid shape heading into 2018

The Chinese economy is expected to slow in 2018 after growth held up better than expected in 2017. China’s econo-my has outperformed the 6.5% government target and the official government and smaller company focused Caixin PMI surveys support the notion that growth will hold up entering the new year. The official government and Caixin manufac-turing and services PMIs have all strengthened in recent months, leading to potential upside for the Chinese economy going forward. China’s economy grew 6.9% through the first three quarters of 2017 and the government is expected to stick with its 6.5% target for 2018.

7.3% next year and 7.5% for the next two years (2019- 2020). India is expected to be the fastest growing emerg-ing market over the next decade despite the lingering demonetization hangover. India has very favorable de-mographics in place that should drive strong consumption growth.

Brazil’s government upgraded its forecast for economic growth in mid-December due to the country’s faster than anticipated recovery from the deepest recession in dec-ades. Brazil’s economy is now expected to grow 1.1% this year and 3% in 2018, up from 0.5% and 2% previously. Brazil’s economy grew 1.4% Y/Y in Q3, boosted by a pickup in business investment and household spending. Inflation fell to its lowest level since 1998 and the central bank has slashed rates 10 times in response.

Inflation in Mexico has spiked out of control! 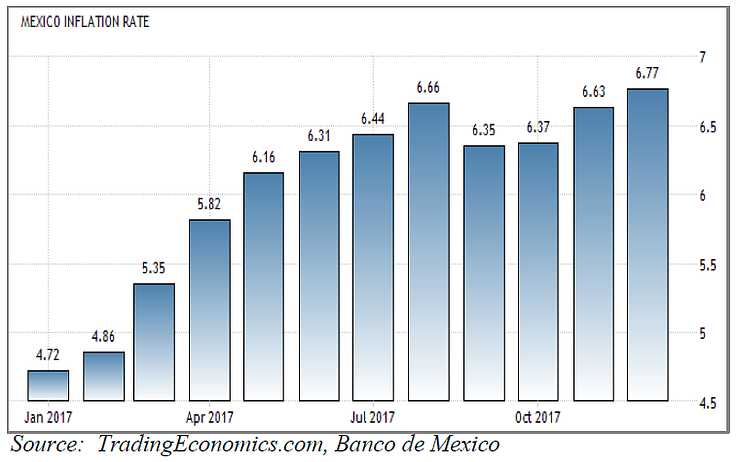 In case you have not noticed, inflation has spiked in Mexi-co. Inflation ended 2017 at 6.77%, the highest annual rate since May 2001. Inflation surged in early 2017 with the liberalization of gas prices, but the impact is expected to fade as those numbers roll off in early 2018. The Banco de Mexico meets again on February 8th and they are widely expected to raise interest rates again to 7.5%. Fed interest rate hikes and protectionist Trump policies are partially to blame for the depreciation of the peso and spike in infla-tion. A better outcome with NAFTA negotiations could lead to peso strength and a reprieve from inflation.