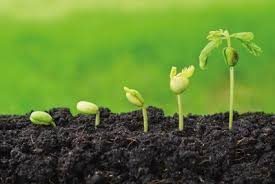 When I heard former Fed Chairman Ben Bernake use the term “green shoots” to indicate emerging signs of economic recovery during the 2008/2009 economic downturn, I immediately took notice.What a great image!There seems to be no doubt that the U.S. economy faces potentially serious damage from the pandemic; Federal Reserve Chairman Powell noted that much uncertainty remains about the timing and strength of the U.S. economic recovery.To wit, the current level of output and employment remains well below pre-Covid 19 levels.The disease has still not “run its course” and measures to contain it such as social distancing and masks are not being implemented consistently.As such, the general public is not yet convinced that it is safe to travel, eat at restaurants, or shop.Unemployment, although showing some signs of improvement, is still very high by historical standards, with about 20 million Americans out of work.Not to mention the struggles that small businesses are having staying afloat.

Are there reasons to be optimistic?The Fed remains committed to using all its tools to support the economy through this unprecedented downturn and, thankfully, stimulus efforts are starting to work.With interest rates expected to remain near zero until 2022, the backdrop for reduced interest costs makes for solid economic footing.Furthermore, since the coronavirus pandemic started, the Fed has injected more than $3 trillion to support financial markets and improve the economy. It has also committed to purchasing Treasury securities and agency mortgage-backed securities, as well as establishing numerous credit facilities.And if that were not enough, Mr. Powell said that the Fed would use its bond-buying program to purchase the debt of individual companies.All this should help support the economy, especially the housing market which is a key economic driver.Retail sales in May were up 18%, which was better than expected.And there is no doubt that the one-time checks to households and generous unemployment benefits have helped.

So right now, in short, there is a “tug of war” going on between the spread of the virus and the fiscal and monetary efforts to kick start the economy.In the end, the disease will have its say.People need to feel comfortable that it is safe to be in public.People are starting to see the benefits of following containment measures and becoming economically active.To that point, an interesting study was recently published by a team of economists from MIT.The study compared various strategies for limiting the spread of Covid-19. They concluded that twice as many lives could be saved if governments focused limited resources on protecting those most vulnerable rather than try to protect everyone.If we can combine sensible containment measures with a broad population willing to spend money and move their lives forward – we will be on our way.As we know, there are many risks – such as a second wave.But the counterpoint is that many resources are being poured into prevention and treatment; there are positive signs that some of these are effective. I am cautiously optimistic that green shoots are emerging.